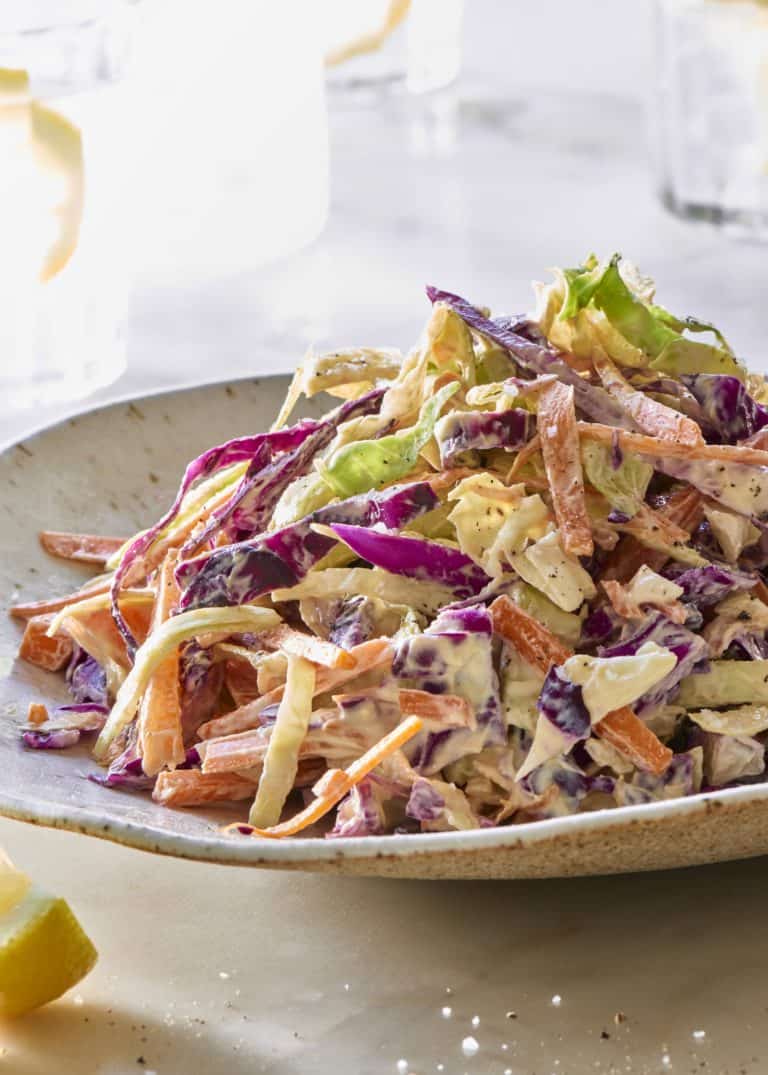 This raw vegan coleslaw is a delicious detox dish. Rich and creamy, you’d never know it was dairy-free.

This simple vegan coleslaw has been a staple in my house for over 20 years, and it’s always a hit. This dairy-free version of the classic family favorite is really easy, super creamy, and absolutely delicious.

This vegan coleslaw is better than the traditional kind!

In my mayo post, I admitted I wasn’t a fan of traditional mayonnaise, so it would stand to reason that I wasn’t a card-carrying member of the traditional coleslaw fan club.

The ubiquitous colon-clogging coleslaws that would appear on the table at most BBQ’s or picnics in the 70’s and 80’s made me sick.

My opinion of coleslaw did not improve when I moved to LA to go to college at UCLA and that dreaded old friend showed her face at every salad bar just as overdressed for a party I was never interested in attending anyway.

But, eventually, I started making light slaws with oil, lemon, and herbs, and then I started stirring in the vegan mayo and became a creamy vegan coleslaw convert.

The secret to a great vegan coleslaw.

In my opinion, the secret to a sensational vegan coleslaw is: Don’t drench the veggies or they will drown and die.

There’s my two cents about that.

I always hold back half the dressing, add extra to taste, and pass any remaining dressing at the table for die-hard dressing drenchers.

Jazz up this simple coleslaw.

I’ve deliberately left this recipe very basic in an attempt to replicate and celebrate my old dreaded acquaintance who I’ve finally invited to the party.

But, adding in some shredded brussels sprouts, chiffonaded kale, and sprouted watermelon seeds is fabulous in this recipe.

There are some more exotic slaws on the site. (See the list below.) But this basic vegan coleslaw will save your life if you need to whip up a quick and easy coleslaw for a mainstream audience who gets scared off by anything green!

Hello, my name is Tess, and I’m now a coleslaw crusader.

Let me know what you think of this recipe in the comments! 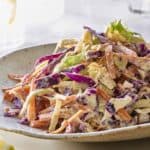 This vegan coleslaw is a delicious detox dish. Rich and creamy, you'd never know it was dairy-free. 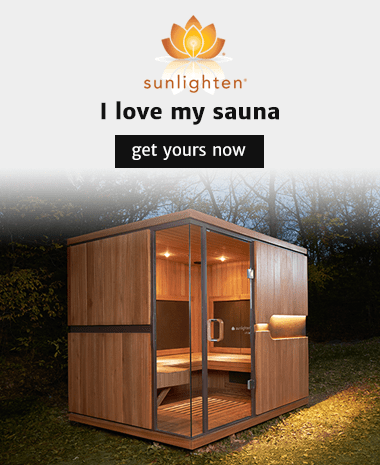 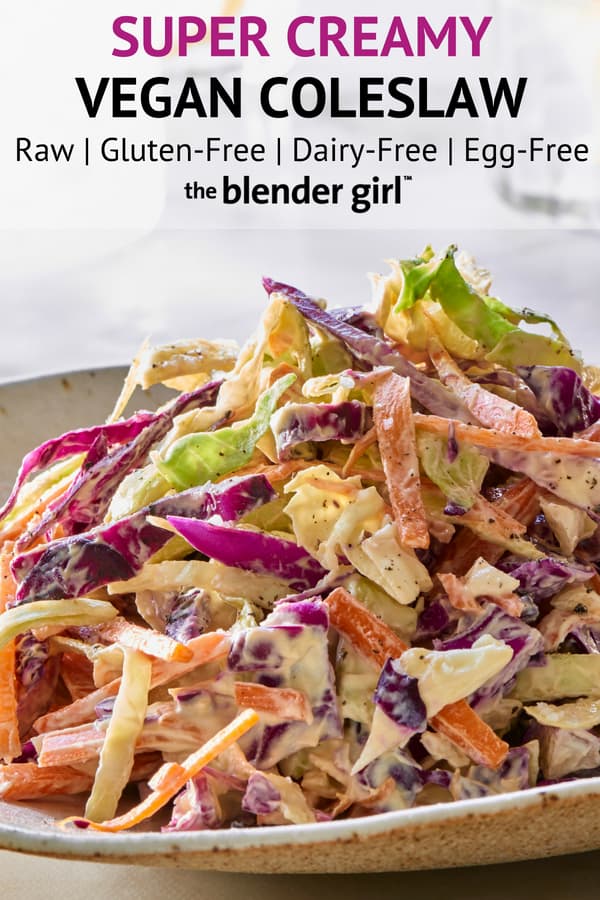 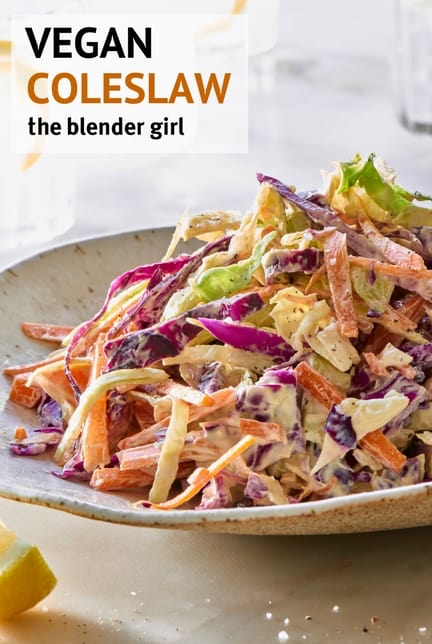