This is the most incredible vegan iced coffee using homemade almond milk. This delicious creamy dairy-free paleo iced coffee will blow your mind!

The Most Incredible Vegan Iced Coffee

But, then I thought, I cook with coffee all the time, and create awesome coffee-flavored desserts (check out my chocolate espresso cake, it’s epic!), and so how is that any different? How hard could this be? I mean…..really…

So, I mustered up the courage to bury my coffee inadequacies, and seeing as I felt hopelessly ill-qualified to effectively judge the quality of an iced coffee (seeing as I had never had an iced coffee in my entire life) I embarked on a rather involved (and slightly OCD) reconnaissance mission. I went to my local Starbucks, Peets, Aroma Cafe, and many other cafes in the greater Los Angeles area to sample the iced coffee offerings.

First, let me say that I felt like an alien entering a secret club where I didn’t speak the language ordering at a Starbucks, where I was greeted by an over-refreshed millennial who sounded like she’d sucked on a helium balloon asking me questions about my coffee order that the guy foaming up the lattes had to translate to me as the other patrons in the line started rolling their eyes and pointedly looked at their phones and watches frustrated that I “didn’t know what I was doing.”

After declining the whipped cream, double foam, caramel syrup, vanilla syrup, extra shot of coffee, and some other stuff I didn’t understand, I settled on a plain coconut milk iced coffee made for “Ted” that was pretty underwhelming. Perhaps I should have accepted the high-fructose-corn-syrup-filled extras?

The med student working the line at Peets was a little more patient with me (I learnt my lesson and did not visit during the breakfast rush), and suggested I try adding a little bit of foamed coconut or soy milk. The texture and mouth feel was nice, but, the bitterness of the coffee blasted my bliss. Or maybe I just don’t know what good coffee tastes like.

At another cafe, I decided to go for all of the extras, and I wouldn’t wish this sickly surprise on anyone. A thin watery concoction at another location left me wanting for something better. Disappointed and desperate, I decided to throw caution to the wind, and just make an iced coffee that I liked the taste of. (What a novel thought.)

And, here’s what I discovered: It is really easy to make an incredible iced coffee: Almonds, water, vanilla, salt, coffee, sweetener (if you like) and ice. Done….and Yum! (Well, I think this recipe is incredible. But, you tell me by trying it and leaving a comment.)

This vegan iced coffee recipe serves two, but I admit I drank the entire thing myself, and would have been happy to have more. This recipe is rich, creamy, and not too sweet. But, add more coffee and sweetener to your preference.

I kept this vegan iced coffee simple and refreshing, but another day I wouldn’t say no to a dollop of whipped coconut cream and some shaved chocolate….just sayin….

Hello, my name is Tess, and I’m a coffee convert.

ALMOND MILK
For the creamiest texture and most nutrients, make homemade almond milk. For convenience, use commercial almond milk with no additives or preservatives. You could also use unsweetened coconut milk or hemp milk. 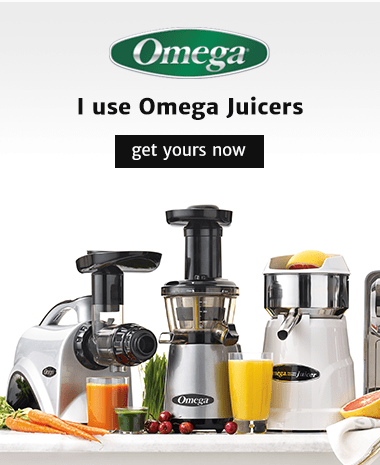