This Okra Masala (Bindi Bhaji) is vegan and gluten-free and is an incredible side dish with a divine flavor. Serve with curry, rice, and veggies.

This Okra Masala (Bindi Bhaji) is vegan and gluten-free and is an incredible Indian side dish that has a divine flavor. Serve with curry, rice, and veggies.

I got the recipe for this Okra Masala from the Vegan Eats World cookbook by Terry Hope Romero.

If you’re afraid of okra, Terry says, “Okra haters, prepare to be wooed. While normally I flag okra dishes for okra lovers only, many testers served this to okra skeptics (including themselves) with smashing results! This single-vegetable Indian curry is easy to love, loaded with garam masala and a touch of fresh tomato. A complete meal with any Indian bread or rice, bindi bhaji reheats beautifully. For best results use the freshest okra you can find; pods should be firm and the tips snap off easily. Tangy, bracing amchur powder is Indian dried powdered green mango, seek it out where Indian spices are sold. Substitute with lime juice or use both to boost the juicy, dense okra.”

For those of you who aren’t acquainted, Terry Hope Romero is a vegan rockstar, award-winning chef, author of Viva Vegan! and coauthor of Veganomicon, Vegan Cupcakes Take Over The World, Vegan Cookies Invade Your Cookie Jar, and Vegan Pie In The Sky. She is a master recipe developer combining really interesting flavors with a variety of ethnic influences.

With Vegan Eats World, she continues the vegan food revolution with 250 bold, delicious recipes based on international favorites. This book is like culinary world tour. It’s honestly hard to know where to begin. There’s a really cool feature to help you decide which recipes to tackle first. There are icons denoting: gluten-free, soy-free, low fat, under 45 mins prep time, super easy “most of it simmers on the stove” recipes, cheap recipes, and 123 super easy recipes. I highly recommend reading the Kitchen Cartography chapter, where Terry has a detailed glossary of ingredients, and many how-to’s that will make preparing the recipes so much easier. I also think the Spice Blends chapter is so interesting and amazing. I am totally loving the Persian 7-Spice Blend (Baharat) on page 43!

There’s also great chapters on Protein, Hearty Entrees; Salads, Spreads, & Sandwiches; Spice Blends; and Pickles, Chutneys & Saucier Sauces, you can make anything from pasta to posoles, dumplings to desserts. The humorous headnotes alone are reason enough to buy the book. But, let me not take anything away from the food for one second. The recipes are AH-mazing! I just wanted to point out that you will have an entertaining read flipping through this book deciding what to make first.

Some of my favorites so far (and I have juuust scratched the surface of my future experience) are the Cilantro Chutney, Thai Shredded Mango Salad, Masala Potato Soup, Like An Egyptian Lentil Soup, It’s Easy Being Green Curry, Gluten-Free Kimchi Pancakes, Golden Coconut Pancakes, Curry Laksa, Golden Tandoor Tofu, Eggplant Parmigiana, Sesame Wow Greens, Chai Tea Poached Pears with Ginger Yogurt, and this Okra Masala. You probably noticed, I tried a lot of spicy dishes. But, blending spices is where Terry shines, and I always learn something about flavor combining when I cook her recipes.

Make this Okra Masala and get your copy of Vegan Eats World. 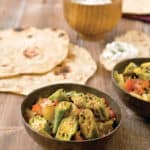 This Okra Masala (Bindi Bhaji) is vegan and gluten-free and is an incredible Indian side dish that has a divine flavor. Serve with curry, rice, and veggies. 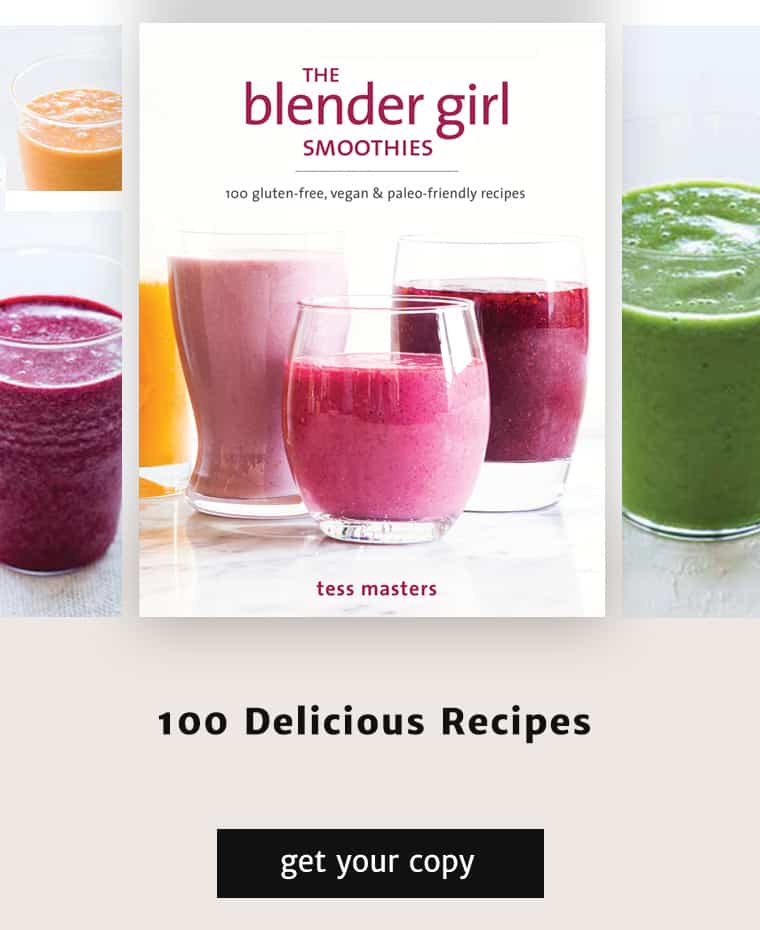 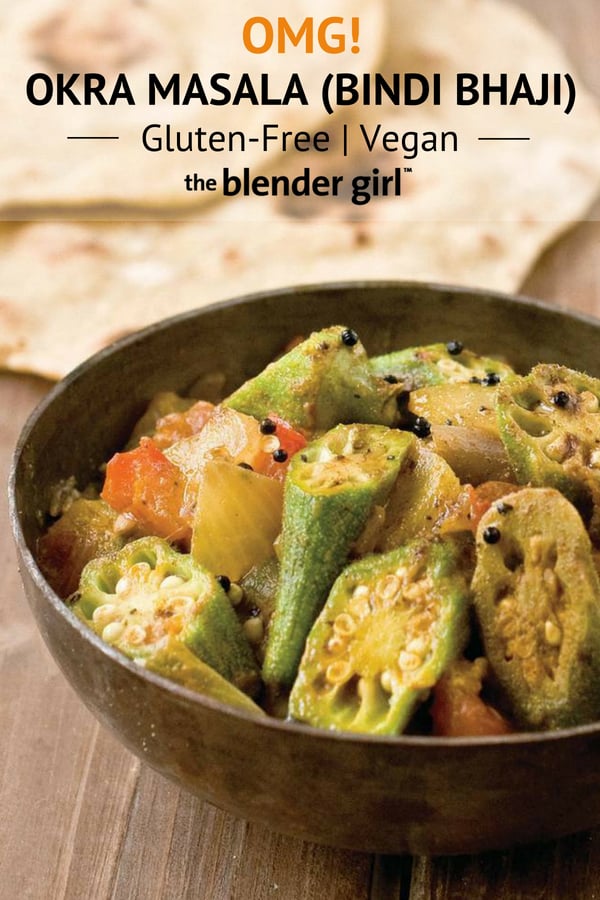