This chunky vegetable soup with pistou is a staple in our house. The pistou is made with sun-dried tomatoes, and adds an incredible flavor to the base soup.

My father and I have had a 30-year debate about the virtues of chunky soups versus blended soups. We have agreed to disagree and acknowledge that there is room for both.

Scott prefers chunky soups over blended soups, and this vegetable soup with sun-dried tomato pistou is his favorite. We switch up the pistou and the vegetables every week, but this is the soup we like the best. Scott is so obsessed with semi-dried tomatoes that mum and dad bubble-wrap jars and pack them in their suitcase when they come to stay. It’s really difficult to find them in America.

This soup is like my little white t-shirt that I use all the time is never the star attraction. I decided it was time this soup had it’s moment in the spotlight!

This pistou soup is simple, super healthy, and bursting with flavor. Those of you who are wondering, “what is pistou?” you are not alone. Pesto or pistou is basically the same thing.

Pistou is a cold sauce made out of crushing basil, garlic and olive oil in a mortar and pestle. This simple rustic sauce originated in Italy and parts of France, and later versions included cheeses like parmesan which was very similar to what we think of as pesto today. I’ve taken this general idea and made a vegan pesto out of sun-dried tomatoes and macadamias. It might not be very traditional, but it tastes downright fabulous!

A dollop of pistou or pesto is one of the quickest ways to inject a huge burst of flavor to an otherwise bland bowl of vegetable soup. Just throw together any leftover veggies you have crying out in the fridge and simmer them in some broth with some herbs. Stirring in some pistou transforms the simple into something sublime.

For presentation purposes it’s best to serve this soup by placing a dollop of pistou in the bottom of the bowl, and ladle the soup over the top. Allow your guests to mix it in themselves lest you appear to be serving up bowl of vomit. Gross, but, you’ll see what I mean when you mix it together!

This may not be the prettiest soup I’ve shared, but this vegetable soup with pistou sure is tasty. 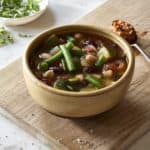 This chunky vegetable soup with pistou is full of flavor and really easy! 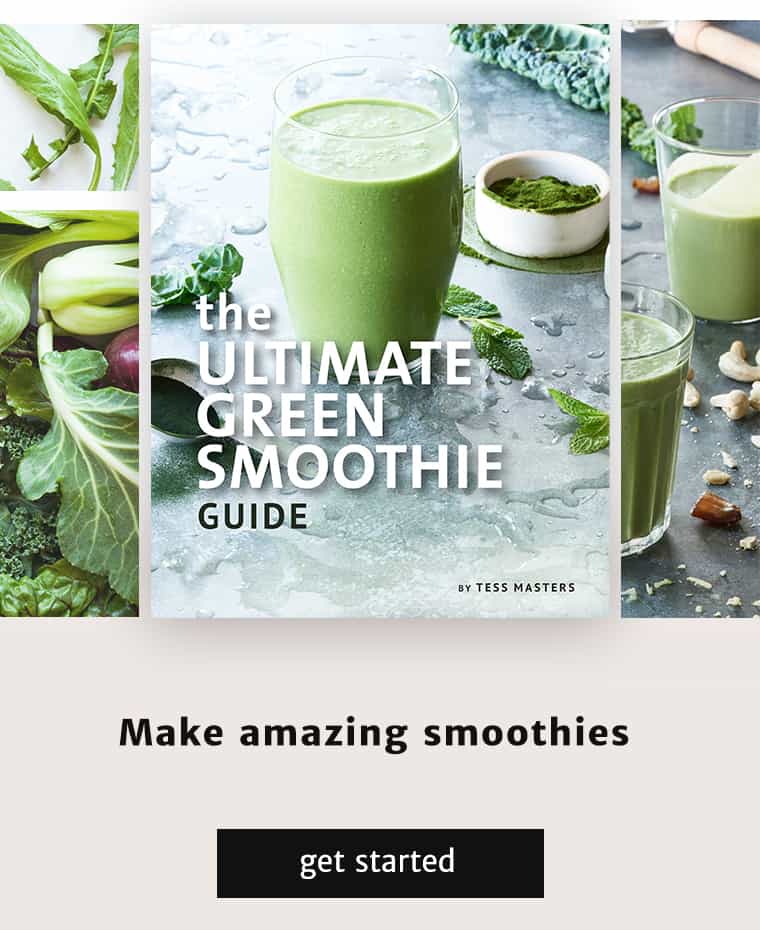 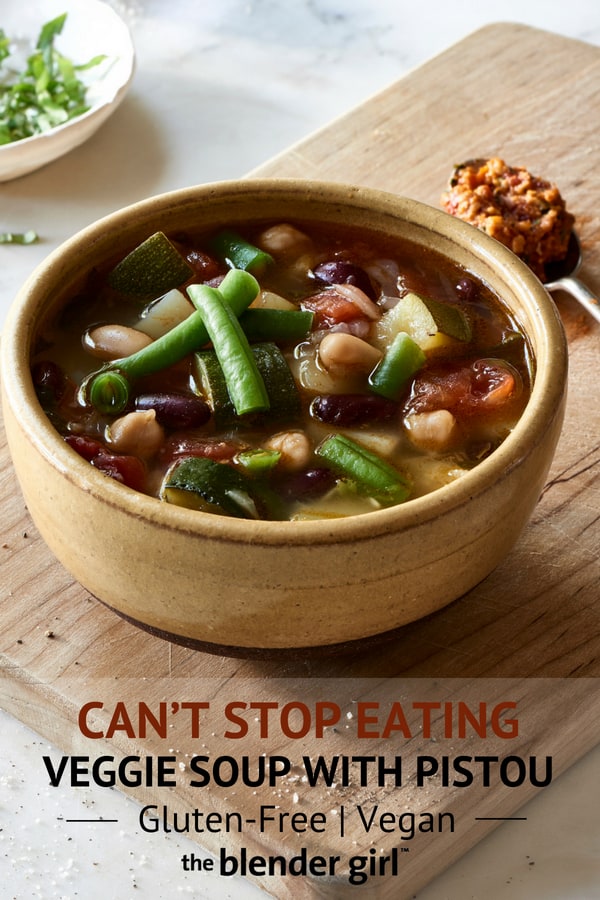 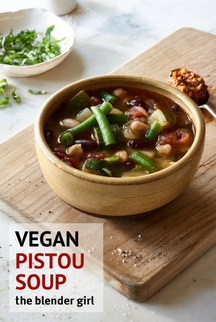